What does this actually means, what will enable this, how feasible is this?

After battling to consecutive drought years, by the grace of Almighty monsoon this year is progressing normal. The buzz around farmers, farmers welfare and doubling the income seems to be picking up and rightly so!
Announcement in Union Budget


While presenting Union Budget 2016–17, the Union Finance Minister of India mentioned that one of the objectives of the Government of India is to double the income of farmers by the year 2022.This announcement was quite timely and probably driven by the rising of agrarian distress and the two years of consecutive drought situation country has faced. The intent seems right, given the current state of India’s agriculture and the plight of its farmers.

However the growth in the agriculture sector in 2015-16 continued to be lower than the average of the last decade. Data suggests growth in farm income after 2011–12 has plummeted to more than 1%, and has been reason for the sudden rise in agrarian distress in recent years. The 12th Five-Year plan (2012-17) had targeted 4% growth rate, however the rate of growth of Agri GDP has been around 2% against the 4 %. If by any measure agriculture has to grow at 4 % during the the 12th Plan as projected, then Agriculture growth must accelerate to 8%, which means are going to miss on 12 plan by quite a long distance. 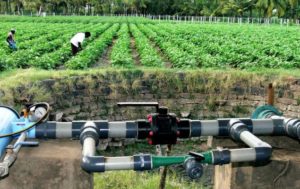 While in the 12th Five Year plan we have seen the real farm incomes have plummeted as compared to previous decade, it not wishful thinking that incomes of farmers can be doubled by adopting a multipronged approach which efficient implementation framework.

Doubling the real income of farmers by 2022, on sustainable basis by laying focus on following areas

1. Doubling (2X) the productivity, yield and efficiency in agriculture

2. Increasing area under irrigation to 60% including doubling (2X) the micro-irrigation program

3. Double (2X) the flow of “investment credit” to Agriculture Sector under a value chain approach

6. Double (2X) the investment in allied activities like livestock, poultry, beekeeping and fisheries

7. Double (2X) the agriculture market efficiencies and curbing the number of existing intermediaries to half ( 1/2 X) by expediting Unified National Agriculture Market.

To enable this “Agriculture needs to be liberated from traditional policy framework for it grow and prosper. Effective implementation of policy initiatives will call for comprehensive reforms, will and strong public, private and people partnerships in the management of agriculture in India”. The existing Public and Private sector investments, Government schemes and subsidies, if dovetailed effectively and channelized efficiently can make this a reality.

What is real income of farmer which we wish to double?

The Economic Survey 2016-17 revealed that average income of a farmer in Rs. 1,670 per month which can be doubled but does that mean that a farmer will getting remunerative price for farming. We need to understand in an agricultural household crop cultivation provides on an average provides 63% income and remaining comes from other sources. It is also important to recognize that sizeable proportion of small and marginal agriculture households who undertake cultivation, livestock activities and also have individual family members who are wage earners.

It is therefore important to realize that in addition to cultivation there are other income sources like allied agriculture, means of wage earning that can contribute to doubling of income of agricultural households.

Agriculture Credit – Need to focus on creation of productive assets

One important question is how one can can double net investment in productive assets among the small and marginal agriculture household. It is important to note that agriculture credit flow during a period of 3 years from 2004-2007 and thereafter has shown significant growth. The projected institutional credit flow to agriculture sector for year 2016-17 is Rs 900,000 crore ($135 Billion).

Agriculture Credit is the most critical non-land input for development of Agriculture. Credit Flow Policies to agriculture need to be more focused on capital investment in agriculture rather than just ensuring continuity of agriculture by crop loans. The multiple studies seem to suggest that the doubling of aggregate credit flows did not had any sizeable impact at the agriculture household level income as also in creating productive assets. It is important to recognize that the flow of credit for short term ( crop loan for continuing agriculture) and for long term ( for creating assets and capital formation) will hold key to help farmers especially small and marginal to create productive assets that generate sustainable income. 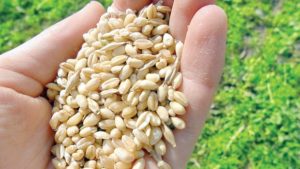 Given the series of initiatives and reforms doubling the real incomes of agricultural households is not a mere wishful thought. It is doable and has to be an area of top priority. Agriculture needs to be liberated from traditional policy framework for it grow and prosper. Effective implementation of policy initiatives will call for comprehensive reforms, will and strong public, private and people partnerships in the management of agriculture in India. A sound Agriculture & financial policy can bring lasting improvement in the country and can propel India to next Growth trajectory of 12%.

It is important to realize that India is poised to overtake China to become the world’s most populous nation by 2022, our farmers will have to gear up and toil harder to feed more than 1.40 billion mouths ( projected 2030), ploughing the same fragmented landholdings and depending on the water resources which are steadily depleting.

It’s not just matter of farmer’s income but a matter of survival and food security of the country. We have no other choice but to gear up !

For a sustainable, inclusive and preferred future!